What is TETRY 3D?
How to play this?
And more features!

TETRY 3D is a 3D puzzle that brings the familiar game to life in a 3D space.

That said, it's hard to do puzzles on 3D!

TETRY 3D is designed to make it easy for you to challenge yourself. 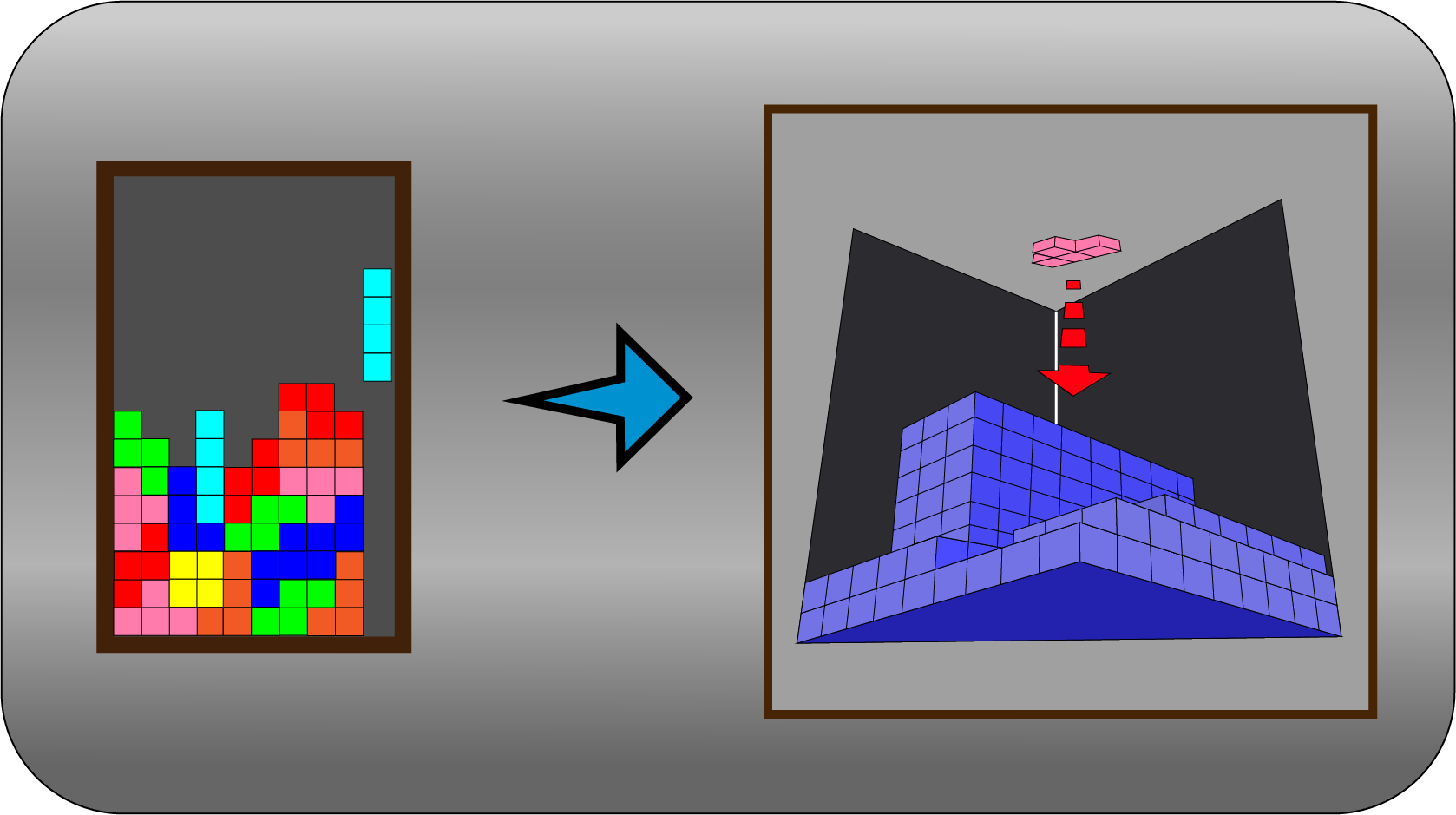 First, let's take a look at what's going on in the game.

Take a look at the diagram above. On the left is a normal puzzle and on the right is the world of TETRY 3D.

The blocks falling down from above are the same,

but in 3D space, they expand in three directions: length, width and height.

The actual game screen looks like the one below. 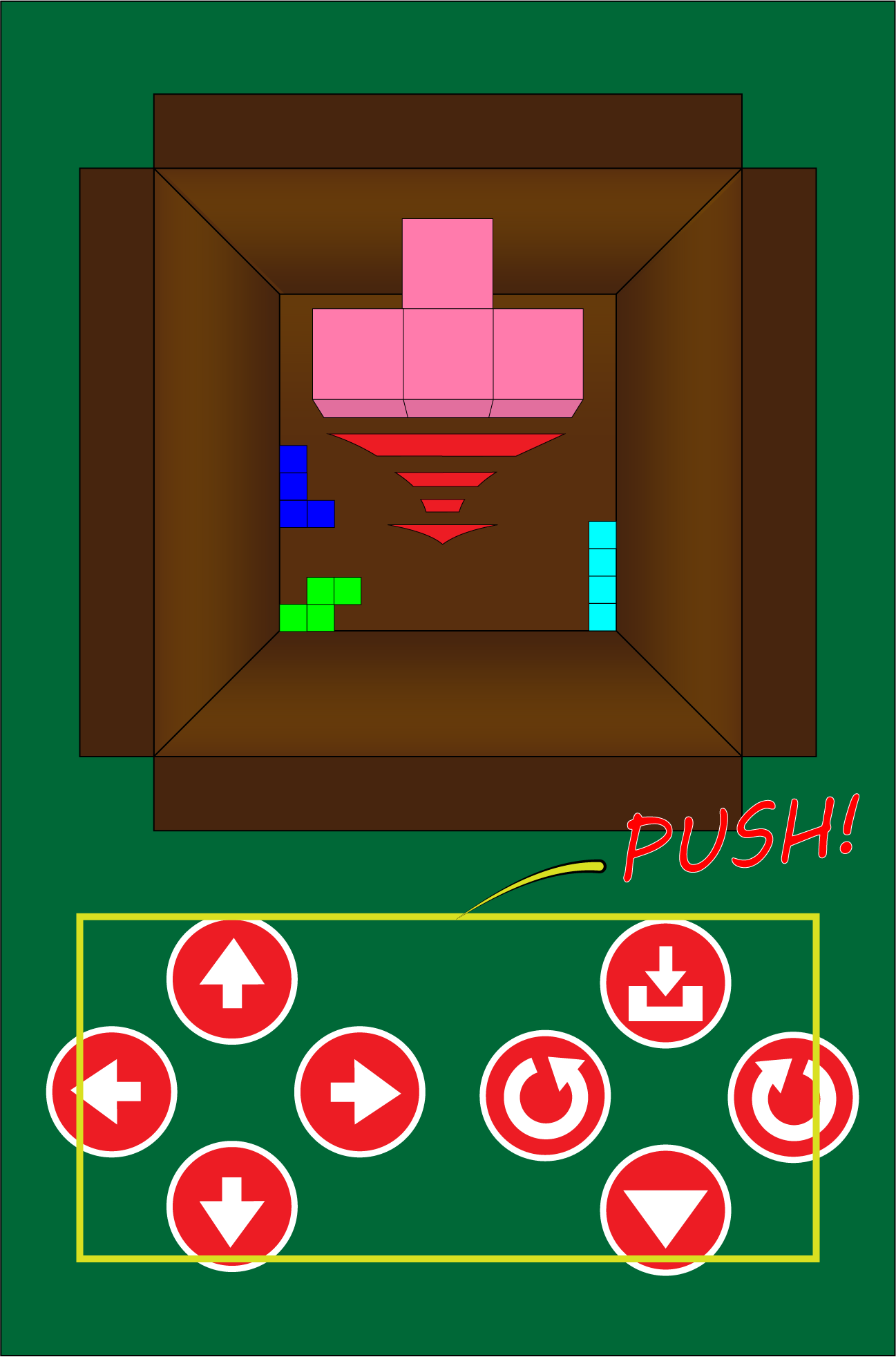 This screenshot is a view of the 3D world I mentioned earlier, looking down from above.

Let's take it in order.

TETRY 3D is played from a fixed perspective of looking down.

So when the block goes down, it looks like it moves to the back on the screen.

When the camera's tracking mode is turned on, the blocks remain the same size,

but the ground appears to be getting closer.

The control buttons are located at the bottom, and the left side is for moving the block up, down, left and right.

On the right side, left and right are the rotation buttons and up and down are the drop buttons.

Let's take a look at how to play TETRY 3D.

The basic rules are almost the same as the familiar puzzle.

Combine the falling blocks and arrange them neatly from one end to the other.

Tiers are complete! Brilliantly, the blocks disappear and you get the points.

The difference is that this is a 3D space.

Look at the diagram above: the number of blocks that can be laid out

You need to make a 10 x 10 tier in order to eliminate the block.

And you get more points for the first, second, third, and fourth tiers

that you delete at the same time.

But this isn't enough.

Here's a new system that provides such a large number of blocks.

How did you feel about the special blocks?

Special blocks are occasionally mixed in with regular blocks,

and are effective when placed in a fixed pattern on the ground at the same height.

In the figure above, this is the effect of an H-shaped arrangement.

At this point, four tiers have been filled in with no gaps,

and you can get points by placing one more row of blocks. 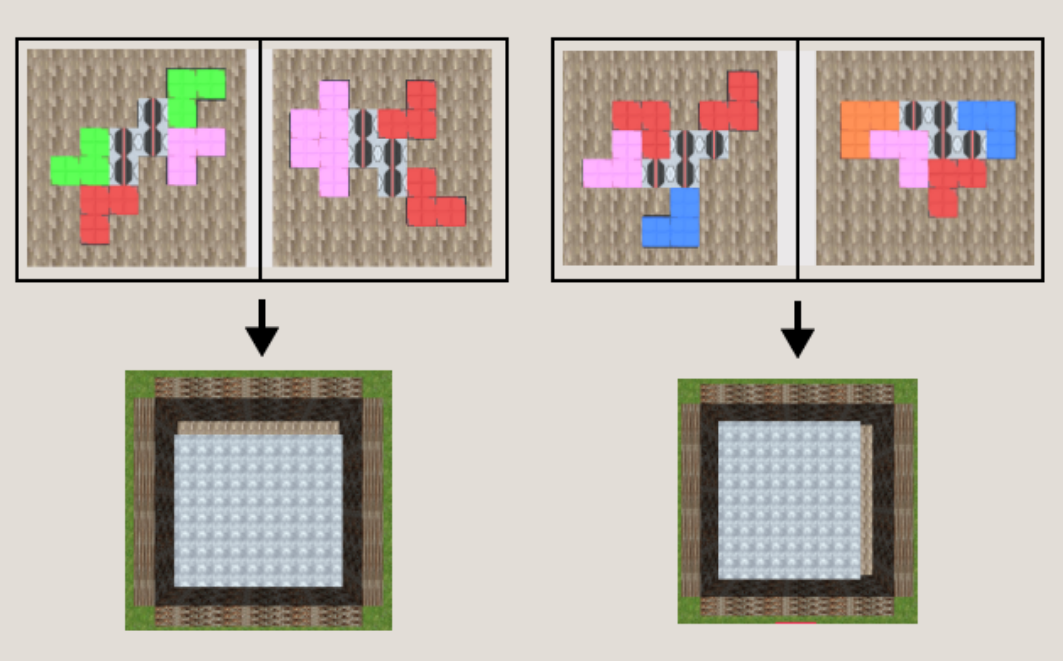 Above is another pattern: the S-shape and inverted S-shape ones.

but this one only fills up two levels because it uses fewer special blocks.

Now, you can easily stack the blocks together.

But how do you fill in the last column? 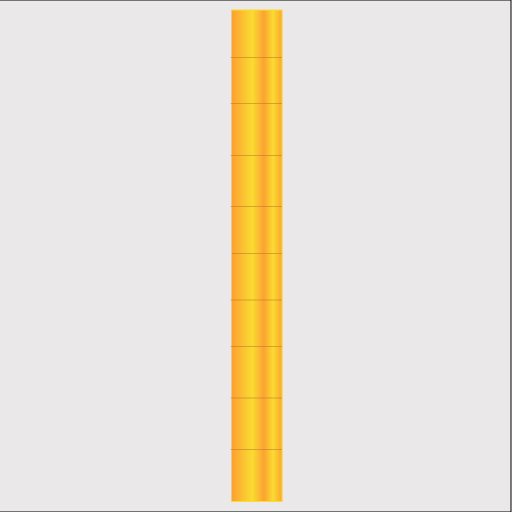 Look at the diagram above.

It is one of the functional blocks and consists of 1 x 10 blocks in gold. 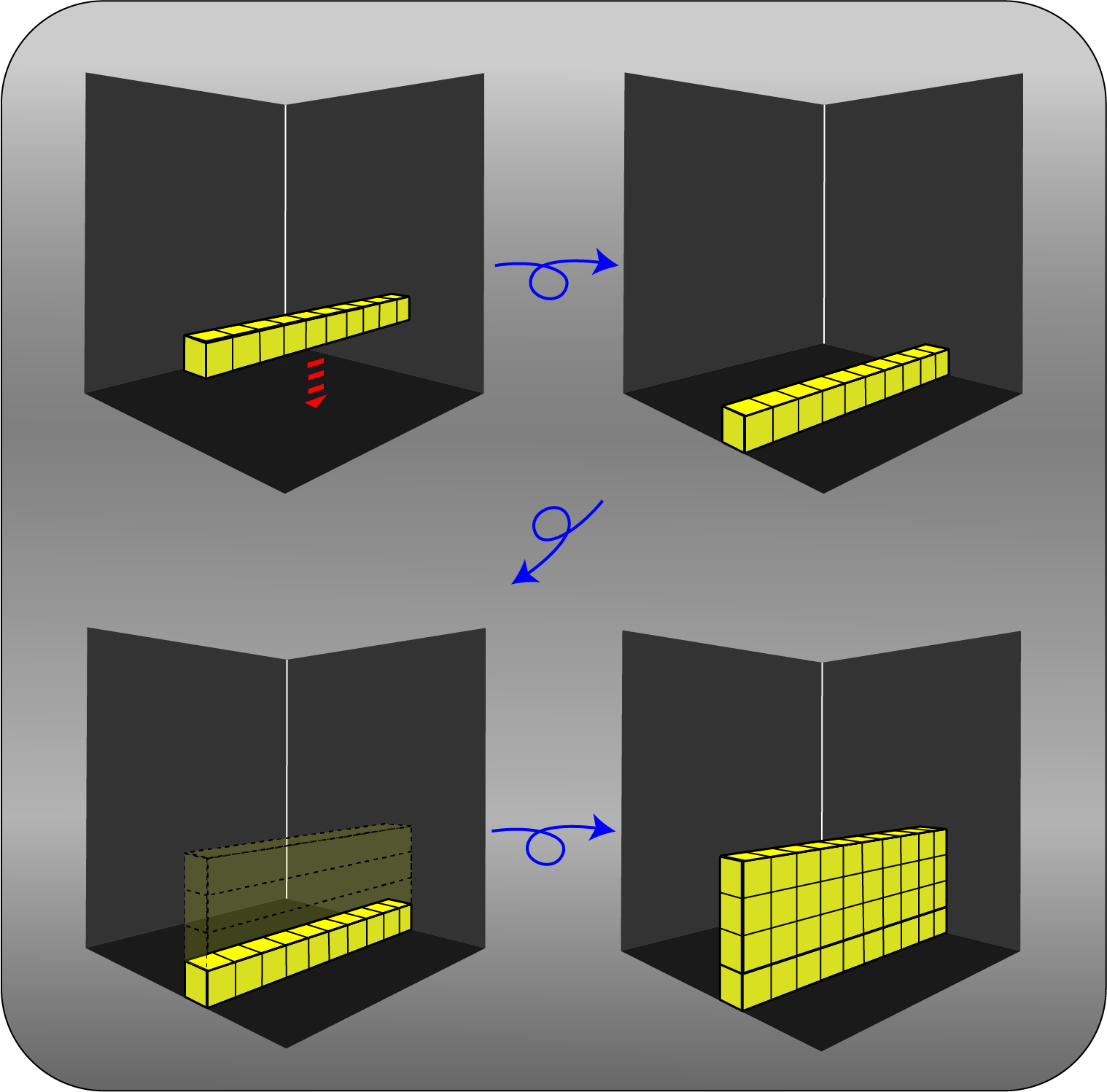 Let's take a look at the function of the gold block. Please see the above picture.

3. Then the gold block adds three more levels of blocks in its own upward direction.

4. This will be the last piece that fills the gap between the four levels.

There is one more functional block.

It is a simple shape of one block and the color is purple.

You can place an additional block directly underneath you by pressing the rotate button.

You can press the rotate button as many times as you want until you fall and hit the ground.

It should help you correct any gaps or mistakes.

Share your game scores with everyone on social media!

Join the rankings from the Game Center

on iOS or Google Play Game on Android!

It's a competition to see who gets the highest score and comes in first place.

TETRY 3D has been updated.

iOS version has been released.

Android version has been released.

The site is now open.